The conference of “The Aspects of Relations Between Iran and The United States in Light of The New Transitions” was held with the endeavors of The Iranian Political Association and The Humanities House of Thinkers on 27 January 2020. In the course of this conference a group of professors from universities across Iran and noble experts of International Relations presented their thoughts on the current and future situation of Iran and The United States relationship.

At the beginning of this meeting Dr. Seyed Jalal Dehghani Firouzabadi, head of the conference, after greeting and thanking the professors and the guests of the meetings for their presence, emphasized the importance of the topic of the conference.

As the first speaker, Mr. Fereydon Majlesi, former diplomat of Foreign Affairs and a researcher in International Relations, with an outlook on the history Iran and America`s relationship and emphasizing on matters of conflict between the two countries, pointed out that the conflicts between Iran and The United States do not stem from inside problems, the reason behind this hostility is the subject of Palestine and Israel.

With a historical viewing and pointing out his own experiences in The Ministry of Foreign Affairs, both before and after the revolution, Mr. Majlesi said: the conflict between Iran and America will stay unsolved until the solving of the matter of Israel.

Dr. Foad Izadi, faculty member of the Faculty of World Studies of The University of Tehran, the second speaker of this conference, viewed the foreign policy of America and Iran`s position in it. With enumerating the grouping of different countries in the foreign policy of America, accounted two groups of countries in this policy: aligned and non-aligned and added that Iran is currently in the non-aligned countries for America.

Dr. Izadi pointed out the efforts of The Islamic Republic of Iran for détente and opening a line of communication and solving the conflicts with America and said: despite these actions, America has not shown a proper approach. He accounted that the problem of America is with Iran in general and its efforts for independence and noted that until Iran continues on this path of independence, even with the ruling of another political system, America will still have problems with Iran and the main objective of America`s actions is the dispersion of Iran.

Dr. Mostafa Zahrani, faculty member of School of International Relations, was the third speaker that presented his thoughts in this conference. At first, he emphasized the importance of an intellectual and theoretical viewing and counted this point of view to be of importance for a strategic and long-term approach. Dr. Zahrani talked about globalization in his speech and emphasized the need of this viewpoint and the situation of the dominant environment in today`s international relations in comparison with the past. The matter of recognizing the national interests, the definition The Islamic Republic of Iran has for its own role in the world of International Relations, recognizing the resources and the capabilities and so on, were of matters that he emphasized on and said: for assigning and explaining our policy, it is necessary to take these matters into account and determining the level of our acting.

He also mentioned the understanding Iran has of America and accentuated that America should not be thought of as still and today`s America is under constant serious changes and this shows that changes in decisions and approaches of America is not impossible and can happen.

Dr. Hosein Deheshyar, faculty member of International Relations at Allameh Tabataba`i , was another speaker of this conference, who presented thoughts and ideas around the situation and the outlook of Iran and America`s relationship. He pointed out the definition of power and prestige in International Relations and explained these definitions from different points of view. With emphasizing on the definition of insight and its difference with evidence and political knowledge, Dr. Deheshyar noted the importance of these facts in understanding different subjects and the process of political decision making.

Dr. Hossein Deheshyar in another aspect of his speech, accounted that it is the results of these insights that determines how us (a state) understands the concept of prestige and can define for itself, and the result of different military, political, economic and etc., definitions are different channels of reaching toward prestige and power for the state. He also pointed out, due to the fact that position and prestige are results of the actions of mankind, they are prone to change and follow the mindset of people.

At the end of his speech, Dr. Deheshyar emphasized the importance of determining viewpoints and positions of stated and deprecated the multiple and false approaches that have been taken by any state.

Following this conference, Dr. Ebrahim Motaghi, faculty member of International Relations department of The University of Tehran, as the third speaker, spoke on the matters of conflict and balance of power. With pointing out America`s viewpoint on Iran and also Iran`s situation in the middle east, noted that the main subject and concern of America about Iran is balance of power. With a view of Iran`s ability of activism at the last decade of the 20th century and the first decade of the 21th century in the middle east, informed the audience that this matter is against the will and tendency of America.

Dr. Seyed Jalal Dehghani Firouzabadi, faculty member of the International Relations department of Allameh Tabatab`i University, was the sixth and last speaker of this conference. Dr. Firouzabadi noted the importance of recognizing the origins of conflict between Iran and America in order to put an end to these tensions. He accounted three origins of conflict between the two countries, meaning: conflict of interests, ideological conflicts and identity conflicts and noted the last one to be the toughest of them all.

Dr. Firouzabadi explained that negotiating with America in the eyes of the policy makers and a section of the nation is an identical threat and this threat will be an obstacle for negotiation between the two countries. He also had a brief look on America`s upcoming election and by pointing out the continuous of Trump`s administration, saw the chance of improvement to be unlikely. 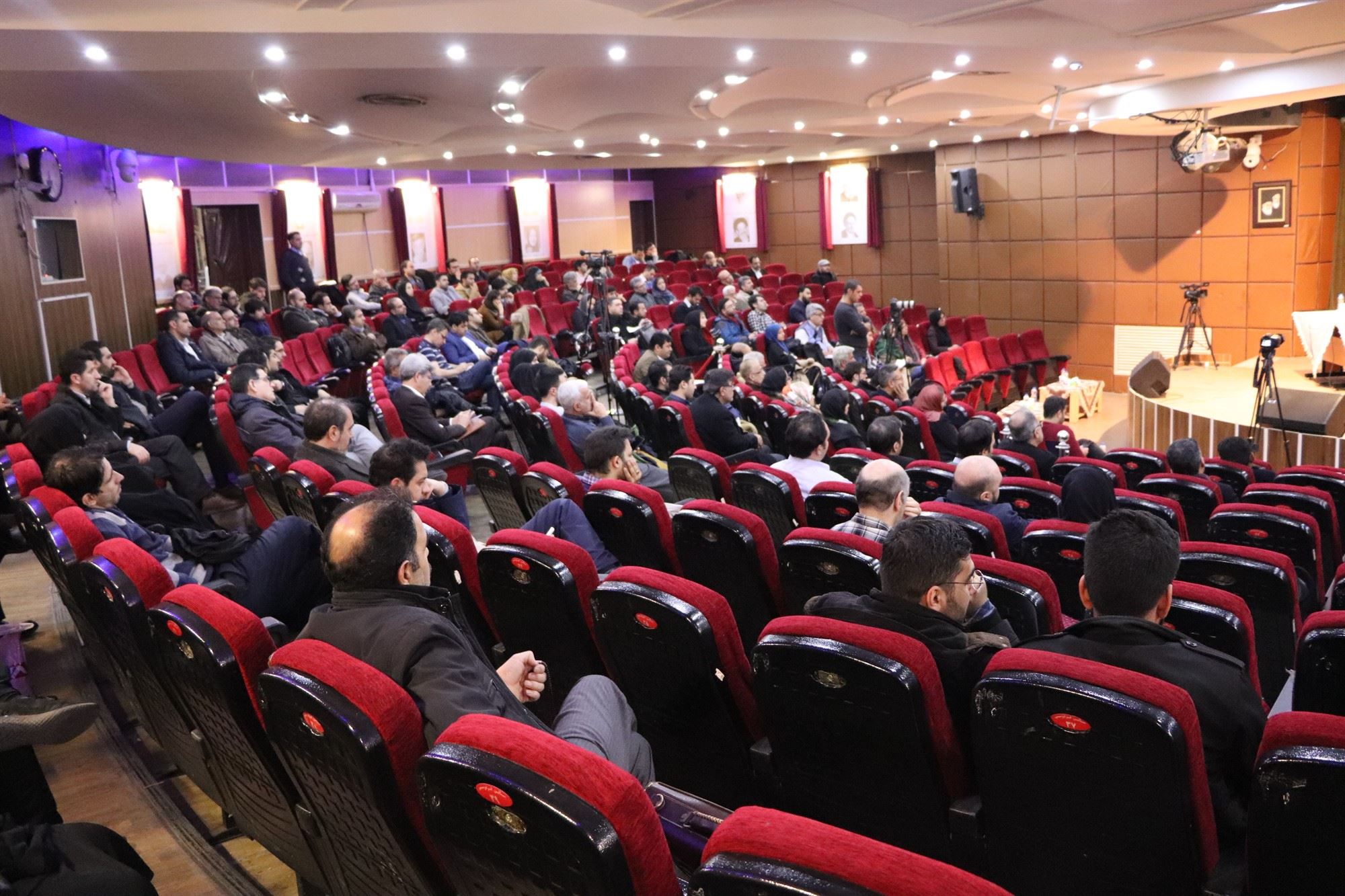 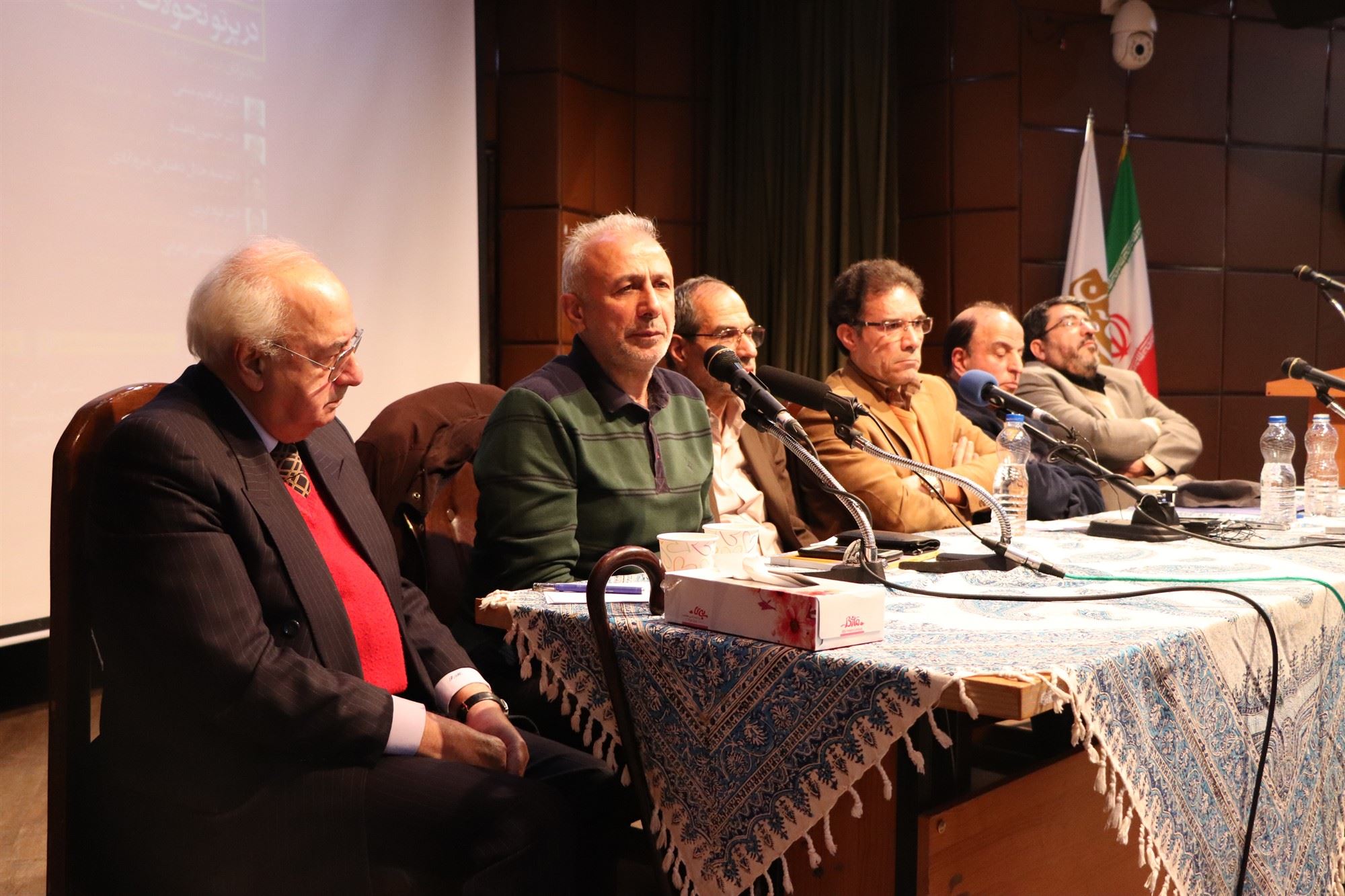 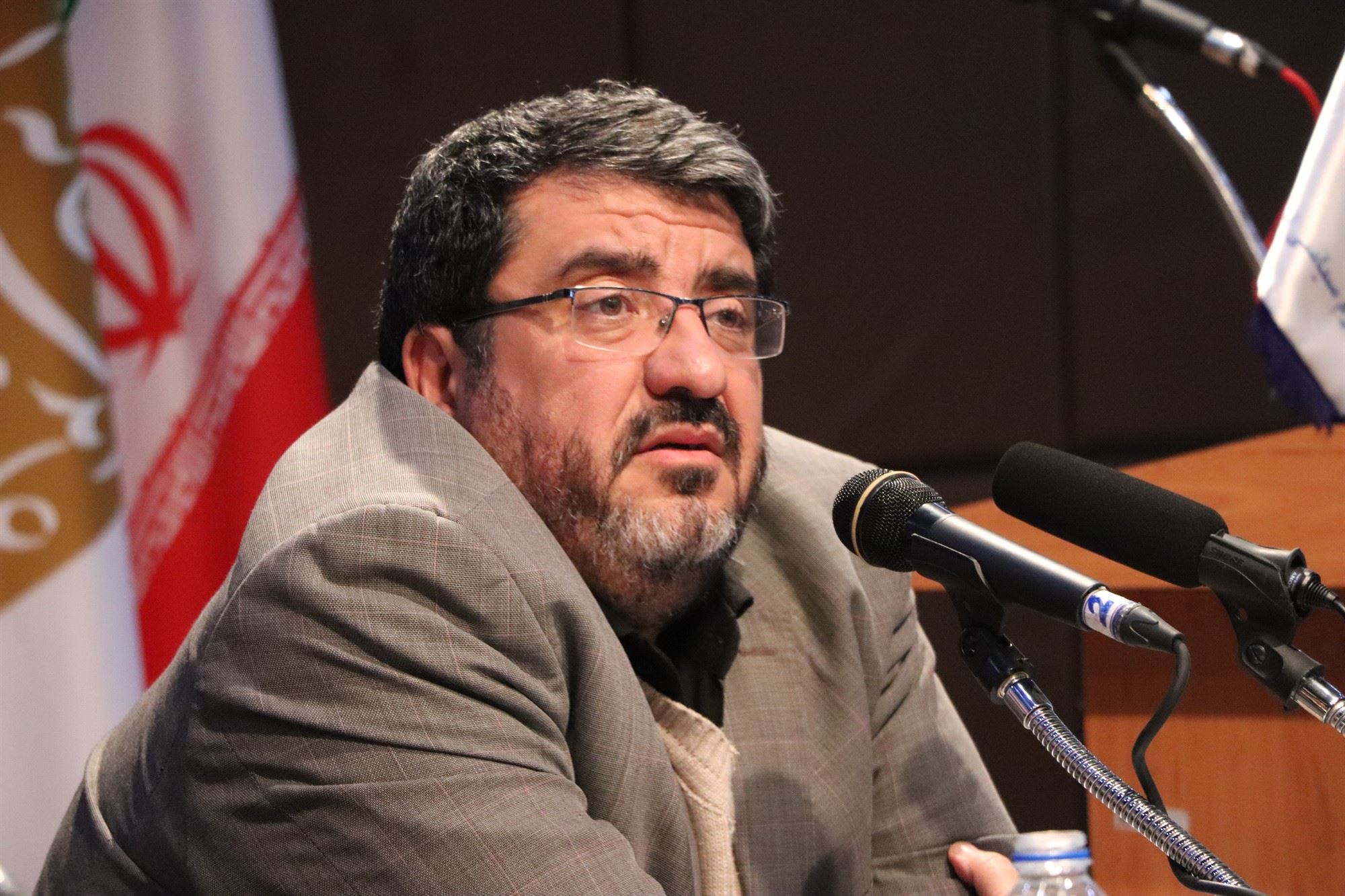 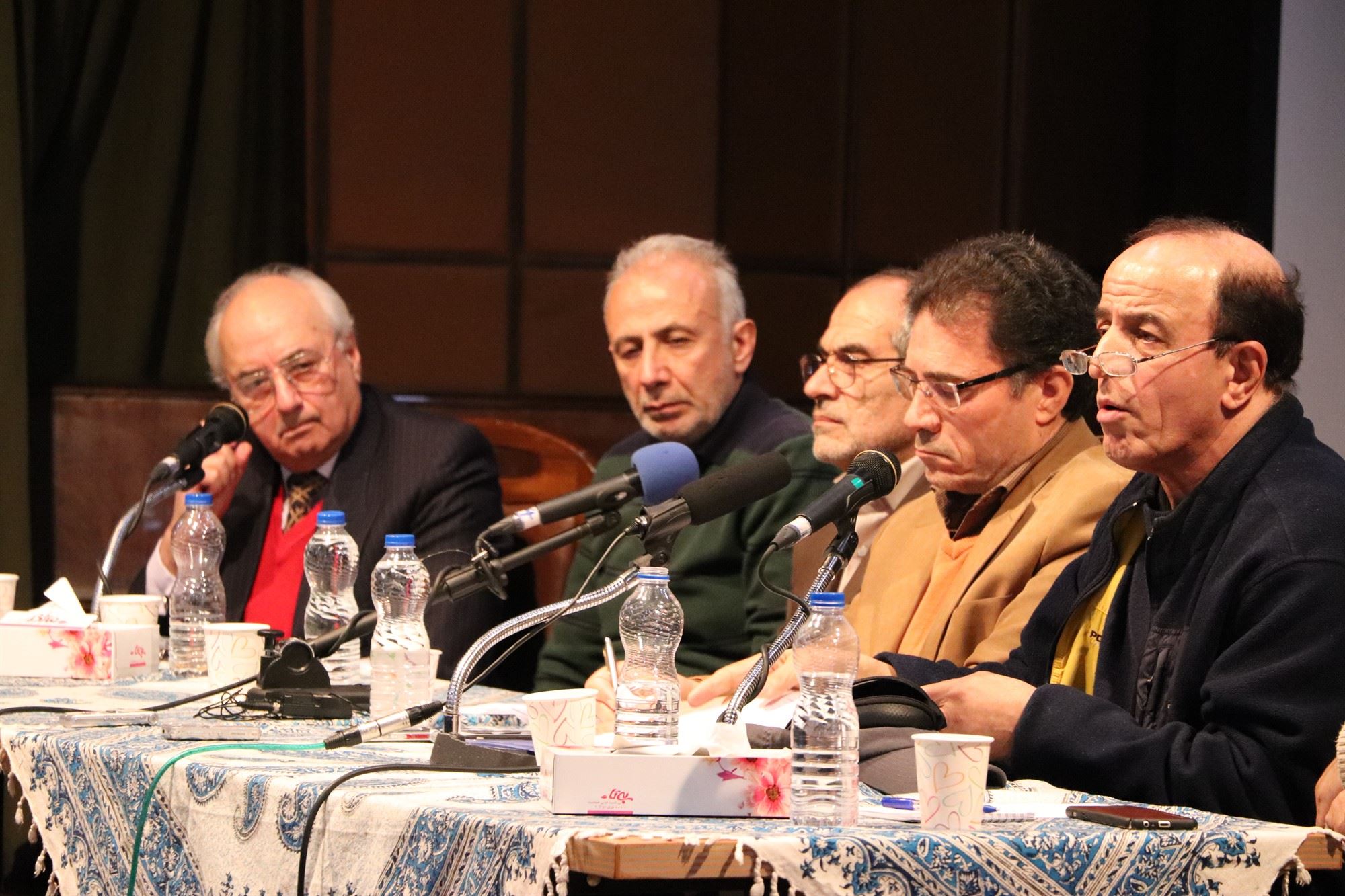