The 1st Biennial International Conference on Regional Order and Social Structure in the Middle East: From Theory to Practice

The 1st Biennial International Conference on

Regional Order and Social Structure in the Middle East: From Theory to Practice 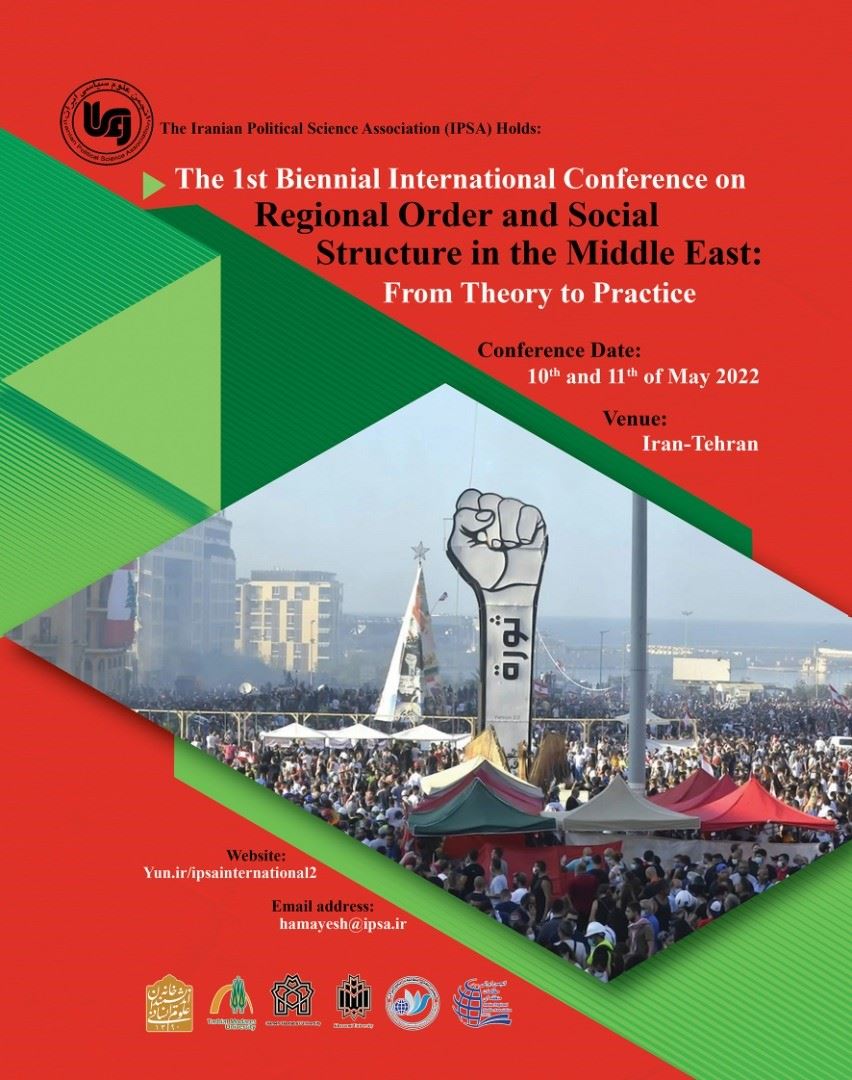 The appearance of the pervasive wave of the Arab Spring in the first half of the previous decade should be known as the start of transformation in the regional social structure in general and in four dimensions of regional order in particular. In the complex level of state-society, the Middle East witnessed the collapse of the pervious social contract. In this context the necessity to form a new social contract in the modern Middle East was stated by the experts. In the level of transnational identity, the Middle East region has witnessed two controversial processes. On one hand, the rise and fall of the Islamic state of Iraq and the Levant (ISIL) in the previous decade manifested the role of a new transnational Islamic identity. On the other hand, the inability of the U.S in defeating ISIS in two previous decades provided ground for the formation of peace negotiations in Doha between United States and Taliban and the tacit acceptance of this group. In the regional level, with the change in the positions of actors in international relations of the Middle East post-uprisings, the rivalry between protagonists (Iran, Turkey and Saudi Arabia) has entered a new stage; in way that each of them is seeking to become the hegemon in the Middle East. Finally, in the international level with the increase of influence and power of the regional actors, the Middle East is going through the fading and the decrease of the role of international players. The reasons behind this claim are the U.S. and other great international powers’ passive role in the mentioned uprisings and afterward. Due to the range of these transformations the Iranian Political Science Association (IPSA) is aiming to hold an international conference in this subject with the presence of known national, regional and international experts in May 2022.

Key holders of the conference:

Dr. Mojtaba Maghsodi (Member of board of directors in IPSA)

Dr. Masoud Mosavi Shafaei (Member of board of directors in IPSA and scientific secretary of the conference)

The purpose of conference is divided into two separate parts: theory and practice. From a theoretical perspective, the purpose of this conference is to get acquainted with the scientific capacities of academic and research centers in the Middle East in the field of International Relations and to immediately transfer the attitude and perspective of Iranian international relations to other neighbors. From a practical point of view, this conference seeks to gain more awareness of the various aspects of the contemporary Middle East order in order to promote the national interests of the countries in the region according to the current unstable conditions.

The status of Middle East in theoretical International Relations

The contribution of regional events in strengthening political analysis

The need to form a new social contract

The ratio of modern state and existing governance models

The position of different social classes in the ruling political systems

The new role of transnational Islamic identity in the Middle East

The role of Islamic identity along with national identity

Intensification of sectarianism in the light of regional developments

The position and role of transregional players in the Middle East

Dependence of some regional actors on external powers

The need for multilateralism in role playing of external powers

The impact of coronavirus transmission on the political economy of actors

Abstract acceptance deadline: 16th of September to 14th of February 2022

Paper acceptance deadline: till the 9th of April 2022

Please send the abstract and original of your articles in word format 2010 to the e-mail of the conference hamayesh@ipsa.ir. The volume of the abstract should be at least 150 and at most 250 words and should be prepared in both Persian and English (due to the international nature of the conference). The first page of the original article includes the full title, name and surname of the author / authors along with rank, telephone number, e-mail.

- Keywords include three to five words

- The text of the article includes: theoretical foundations, studies and examinations, findings and conclusions

- The footnotes include the Latin equivalent and the necessary explanations about the terms and contents of the article, which are indicated by the number in parentheses in the text.

- Papers submitted should not have previously been published in another journal or presented at another conference.

- The responsibility for the content of the articles lies with the author or authors.

- The Scientific Council of the Conference is free to accept, reject or amend the articles.

- Articles should be the result of the research work of the author / authors (Research Papers).

The conference fee is EUR 250. The fee includes meals, refreshments and conference materials.

Conference participants will also serve as discussants on one paper. It is possible that the list of keynote speakers will change by the date of the conference. Due to the pandemic of coronavirus, the conference will be held both onsite and virtually. If you need more information, please contact the executive chief of the conference, Dr. Mehdi Zibaei, Assistant Professor of International Relations, Imam Khomeini International University, via zibaei@soc.ikiu.ac.ir.

"Online Meeting "Towards a phenomenology of sexual difference

Workshop on "New Techniques in Journalistic Forms" (Analysis and ...)